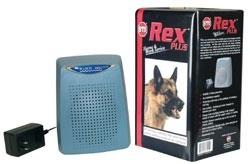 ”Safety Technology International ED-50 Rex Plus Electronic Watchdog, Barking Dog Alarm”
It has the helpful effect of making user’s house seem to have a real dog.
User’s can choose type of barking sound from 4 types.
It can be used by plugging into a 110-VAC outlet. (Note that the voltage of outlets in Japan is different: Japanese outlets are for 100 VAC. )
If it is placed in the location indoor near an entrance door, the closer someone come to the door, the louder ”this dog” barks.
According to some users’ reviews, they individually seek appropriate places to
set it.
Some users say the dog voice doesn’t sound realistic, but through the wall the voice seem to sound realistic enough to use for annoying strangers.iPhone$B$+$iAw?.(B 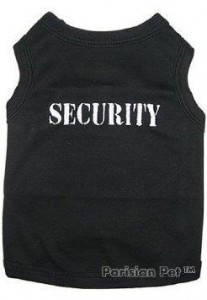 Christmas is just around the corner.
Are you planning to give presents?
How about giving this dog T-shirt to your dog for Christmas?iPhone$B$+$iAw?.(B 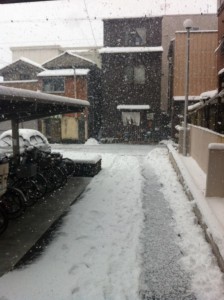 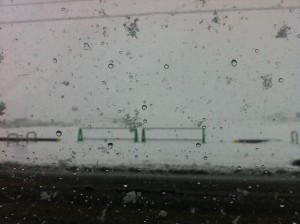 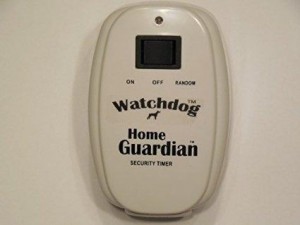 When all members of your family go out and your house is empty, one of the best way to prevent break-in is to make strangers believe that someone is at home though nobody there in reality.
”Watchdog Guardian House Sitter Timer for Lamps and Radios” are maybe helpful.
It is a security device which automatically turns lights and/or radios on and off.
It is used by plugging into an outlet.
Note that it is for use in America, so more research is necessary to know whether it can be used in Japan.iPhone$B$+$iAw?.(B 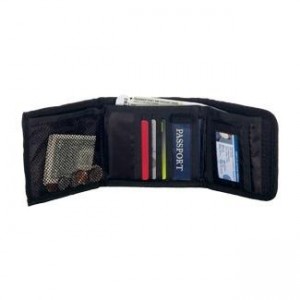 ”Travel Smart by Conair RFID Blocking Security Wallet”
Today I introduce an item sold on Amazon. com.
It is a travel wallet that has RFID blocking feature.
The selling price is 5.70 US dollars at a discount price.
Users can protect their identity from being theft by unauthorized scans.
I scanned the reviews, and I found favorable comments about this RFID blocking feature.iPhone$B$+$iAw?.(B 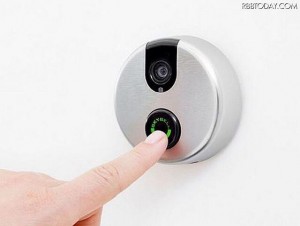 ”SkyBell Video Doorbell”,which is Wi-Fi intercom people can respond to by using smartphones, has become popular abroad.
SkyBell company’s ”SkyBell Video Doorbell” was released in November of this year.
This product is the intercom to be attached to doors of houses.
the feature of this product is that by using smartphones people can see visitors and use video call via routers with Wi-Fi connection.
Let alone from inside the houses, from places they visit or from overseas, people can check visitors to their houses and talked with them, as long as smartphones’ electric wave can reach.
Its main body is supplied power through the same line as usual intercoms, so intercom’s cameras don’t need to being worried about batteries running out.
The application to use this intercom is necessary, but it is compatible with both iOS and Android.
The selling price of the existing version 2.0 is 199 US dollars.
On Amazon.com, since its release in November, it has been sold so well that it sometimes became out of stock.
By using it people can take pictures simultaneously with answering, so it is useful as security camera of doors.iPhone$B$+$iAw?.(B 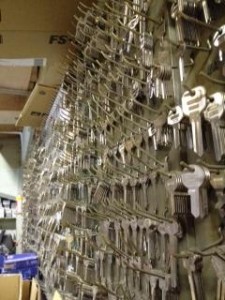