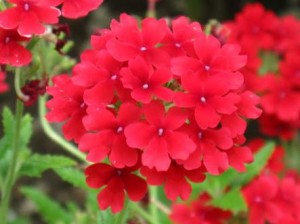 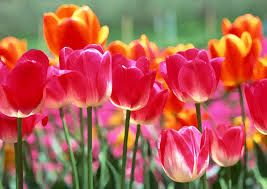 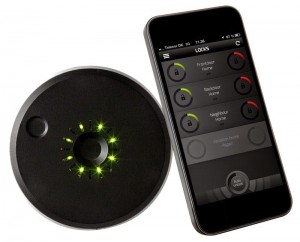 smart lock5
”danalock”
The smartlock which has achieved the best sales performance in Europe, will first land on Japan.
M2 Mobility Company (headquarter Shinagawaku, Tokyo) will started selling ”danalock” of Poly Control,
a leading product development company of Denmark.
BLE (Bluetooth low energy) technology of smartphones is made use of for opening and closing locks by danalock.
Smartphones people usually take with them become replacements of conventional keys, so people don’t need to carry conventional keys around.
Moreover, various optional functions are available, such as providing tentative key to someone by encrypted digital key issuance function, ”hands free”, unlocking doors just by coming closer to the doors, and so on.
In America and Europe, it already has begun prevailing, and then it is expected to become more common. More than 100 000 units of danalock has already been sold in Europe, so it is said to be one of the best smartlock products in Europe.
It was first developed in 2013, and from May of 2015, the second-generation product will be sold. Danalock was made based on the Scandinavian traditional concept, ” Realize high functionality by simple design”, so it has latest technology in its simple cylindrical chassis. To use danalock, only thumb turn parts inside the doors are necessary to be changed to it , and parts of outside locks can be used as before.iPhone$B$+$iAw?.(B 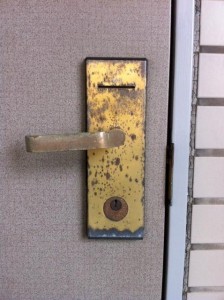 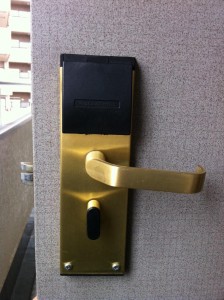 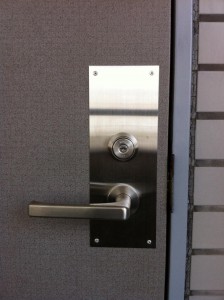 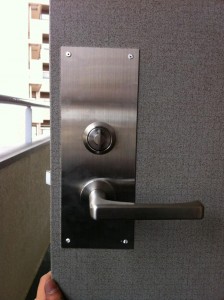 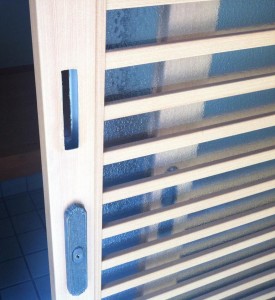 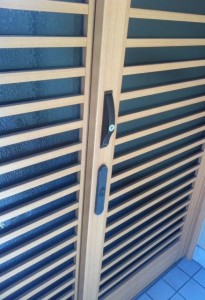 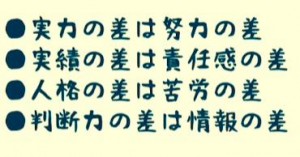 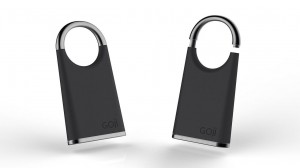 smart lock4
”Goji FOBs”
If people want to use a smartlock, what should they do for their children who don’t have a smartphone? FOBs can respond to the question. Goji FOBs are small yet powerful, measuring just 70mm x 37mm and less than 11.5mm wide at the base.
They can hold an unlimited number of electronic keys allowing one FOB to open multiple Gojis easily. Users can give them to children who don’t own a modern smartphone. Users can activate or deactivate FOBs from the Goji mobile or web app just like their smartphone keys. Users can know when the FOB was used to access their home, and with picture alerts they will know who was using the FOB to enter.
Should a FOB be lost users can deactivate it immediately, no need to change or rekey their locks.iPhone$B$+$iAw?.(B 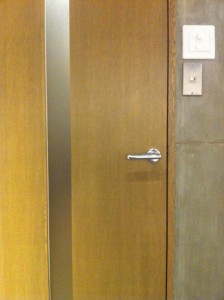 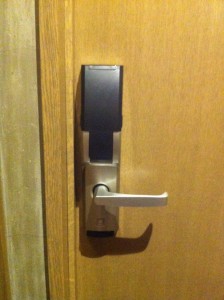 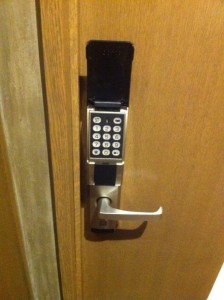 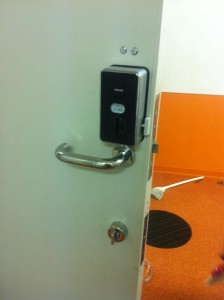 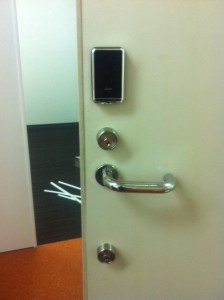 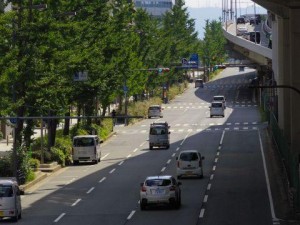